Sagarbai Bakshi with Dr Sharma
Sagarbai Bakshi is nothing short of a medical marvel. Not just because she’s 103 or has survived cancer for the second time – but because she fiercely refuses to be dependent on anyone. At an age when most have given up the game, the feisty senior citizen does all her work herself and even pays for her own medical treatment.

On July 24, Sagarbai underwent a successful surgery on her right breast at Bombay Hospital. This wasn’t her first – five years earlier, cancer had struck her left breast which was also operated on. “When Sagarbai came to me in July, she herself knew that she had cancer,” said Dr Sanjay Sharma, who operated on the senior citizen. “She pointed out that she had a lump in her right breast for some time. I did a biopsy and found her suspicion was true. We performed the surgery and she went home three days later. In her case, surgery was the easiest option.”

Dr Sharma, who said that doing the surgery was “no big deal for us”, affirmed that the credit should go to Sagarbai for her spirited attitude. “She sends a distinct message that society should not give up on senior citizens,” he declared.

Sagarbai, who lives with her 72-yearold niece, told TOI that she was not scared at all. “I’ve been through an operation before, so I was mentally prepared,” she said. Corroborated her niece Sushila Jain, who’s been living with her from birth, “She’s totally selfreliant. From daily chores to prayers, she does everything herself. She used to be a teacher and has saved enough money to pay for her own treatment.”

Sagarbai, who has seen five generations, is a favourite member of her big family. “Even though we all live in different houses, family gatherings are a happy affair because of Sagarbai. She has kept a lot of relatives together. If a relative does not call her for a few days, she makes it a point to call herself. She even plays games with our kids,” said Achala Jain, a relative.


Disclaimer: The news story on this page is the copyright of the cited publication. This has been reproduced here for visitors to review, comment on and discuss. This is in keeping with the principle of ‘Fair dealing’ or ‘Fair use’. Visitors may click on the publication name, in the news story, to visit the original article as it appears on the publication’s website.
Cancer 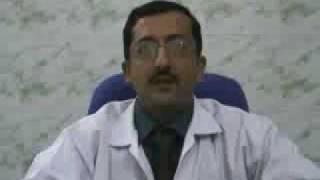