6 Health Care Devices That Could Help Millions of People 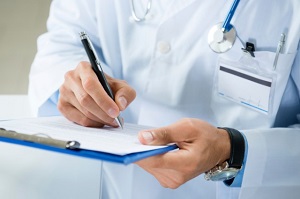 As the health care that citizens of wealthy, developed countries are familiar with grows more and more sophisticated with constant advances in technology, health care in the developing world is a completely different picture. In countries in Asia and Africa, even as more consumers gain mobile phones, basic, life-saving medical technology is lacking. Millions of people worldwide don’t have access to adequate health care, and in many countries, millions don’t have access to a hospital or clinic at all without traveling long distances.

But even as technology becomes less expensive to produce and devices become easier to develop, the medical technology that’s abundant in hospitals in the U.S., as an example, is still extremely expensive, and inaccessible to physicians and patients in the developing world. Many rural clinics even lack consistent access to electricity or to basic supplies.

So a growing number of entrepreneurs, companies, and foundations are creating alternate health care devices that have the potential to help millions of people globally. The World Health Organization says that medical devices are “essential for safe and effective prevention, diagnosis, treatment and rehabilitation of illness and disease.” The group defines a medical device as “An article, instrument, apparatus or machine that is used in the prevention, diagnosis or treatment of illness or disease, or for detecting, measuring, restoring, correcting or modifying the structure or function of the body for some health purpose. Typically, the purpose of a medical device is not achieved by pharmacological, immunological or metabolic means.”

Let’s take a look at a small selection of the health care devices that are currently in various stages of being field-tested or distributed to developing countries around the world. Some of them are diagnostic tools, others make routine procedures safer, and all of them deliver life-saving capability that most of us take for granted to places where they can be of huge benefit to millions of people. 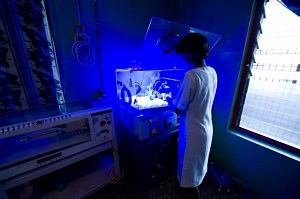 The D-Rev Brilliance is an energy-efficient device that provides treatment for jaundice, a condition that can be effectively treated by shining intense blue light onto a baby’s skin. About three in five children have some degree of jaundice, and for 16.5 percent of babies the condition is severe enough to necessitate treatment. If left untreated, severe jaundice can lead to severe brain damage, a neurological condition called kernicterus, or death.

D-Rev estimates that six million babies every year don’t receive adequate treatment for jaundice. Current devices are expensive to purchase and maintain, and studies of medical facilities in India and Nigeria revealed that 95 percent of devices in low-income hospitals and clinics didn’t meet standards for intensive phototherapy. One in three phototherapy devices had at least one bulb burned out or missing, and compact florescent bulbs cost about $15 each and last approximately four months.

Many hospitals have trouble sourcing these bulbs and, and since devices use an average of six bulbs each, they can’t afford to replace them as often as necessary. Brilliance’s LEDs last 25 times longer than compact fluorescent bulbs, consume less than half the power required by traditional bulbs. Brilliance is currently used in India and in other parts of the world, where the company targets the hospitals where the sickest children are referred.


The ReMotion Knee, also by D-Rev, is a knee joint for the developing world, where trauma, disease, and natural disasters result in hundreds of thousands of new amputees every year. For patients in low-resource environments, modern prosthetics are expensive, costing thousands of dollars or more. They’re also inaccessible, and even those who are able to pay are unlikely to be able to get to an appropriate prosthetics clinic.

Existing affordable prosthetic leg systems typically use single-axis knee joints, which are unstable and can buckle, particularly when amputees walk on rough terrain. The ReMotion knee is a high-performance, low-cost joint that a trained clinician can custom-mold to fit the patient and assemble it with the other components of a prosthetic leg system. D-Rev is a nonprofit product development company headed by Krista Donaldson, PhD. 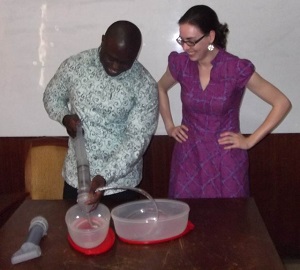 The Hemafuse is a manual autotransfusion device that’s used to retransfuse a patient’s own blood in the case of an internal hemorrhage, such as a ruptured ectopic pregnancy or with injuries caused by a road accident. The Hemause looks like a giant syringe, and suctions blood through a filter when its handle is pulled up. When the handle is pushed down, the blood is transferred into a blood bag in a closed system. The device provides a sanitary alternative to the common method of salvaging a patient’s blood by using a soup ladle to spoon the blood through gauze before putting it back into the body.

The (r)Evolve is a centrifuge that can separate blood either with or without the use of electricity in three minutes. The technology enables health workers to perform blood separation for rapid diagnostic tests, which are currently used to detect diseases like HIV, malaria, hepatitis, syphilis, and typhoid fever. Blood separation can also extend the timeframe within which a blood sample needs to be tested, increasing the window from two hours to three days.

Both the Hemafuse and the (r)Evolve were developed by Sisu Global Health, a Michigan-based startup that’s completed four years of field research. Sisu’s three founders, Carolyn Yarina, Gillian Henker, and Katie Kirsch, want to create a pipeline to manufacture medical devices in Michigan, where there are abundant resources for such manufacturing, and export them to Ghana and India. The idea is to create a profitable and sustainable medical device platform, which will eventually produce more devices for what the company’s LinkedIn page refers to as “emerging health care markets.”

Sisu’s criteria for testing the devices it develops are that they prove for patients and clinicians to use, that they save time for doctors and clinicians, that they’re intuitive both to use and to repair, that they’re robust in low-resource environments, and that they’re locally-affordable for both hospitals and patients.The startup recently won a $250,000 grant from Saving Lives at Birth: A Grand Challenge for Development, a competition for technology to combat infant and maternal mortality, sponsored by USAID and the Bill and Melinda Gates Foundation.


The Swasthya Slate is a health care device that connects to Android tablet or phone and conducts 33 diagnostic tests. It can measure routine metrics like heart rate, ECG, blood pressure, blood type, or body temperature; test for diseases like malaria, dengue, hepatitis B, HIV-1 and HIV-2, and typhoid; and use disposable strips to perform a variety of other diagnostics on urine and blood samples.

Quartz reports that in addition to being cheap, the tests are 95 percent accurate. The device was created by Dr. Kanav Kahol, a former assistant professor at Arizona State University who returned to India to head up the affordable health technologies division at the Public Health Foundation of India. According to OPEN, Kahol was able to develop the device in three months and at a cost of $11,000, a fraction of what he estimated development would take in the U.S. The device will be commercially available for $640 by the end of the year, and tests represent a huge cost savings; a Swasthya Slate test for dengue, for example, costs $5 versus the $25 to $80 it would cost in a city clinic or hospital.

Millions of people in India don’t have access to hospitals or clinical laboratories, and would have to travel for hours to have diagnostic tests performed. World Bank data shows that India has 0.7 physicians for every thousand people, versus 2.5 in the U.S. With the Swasthya Slate, midwives or community health workers can conduct tests, administer basic treatments, and decide which patients to refer to a physician.

Kahol’s goal with the Swasthya Slate is to save lives that would previously have been lost due to lack of diagnosis or even lack of screening in areas where access to health care is poor. So far, the device has been tested in eighty locations worldwide, with tests currently being conducted in thirteen states in India. When the portable device conducts a test, it transmits the results to the connected Android device via Bluetooth, and later uploads the results to a central database via a 3G connection. The database can serve as a resource both for doctors and for the government, which finds it challenging to create public health policies due to a traditional lack of relevant statistics. Kahol tells Quartz that the Swasthya Slate can help create information-driven health systems instead of intuition-driven systems.


Lifebox is a pulse oximeter that ensures safer surgery for patients in developing countries. (A pulse oximeter measures the oxygenated hemoglobin in the blood, via pulsating vessels in the capillaries of the finger or ear.) Pulse oximeters are an important tool in modern anesthesia practices, and sound an alarm as soon as they detect unsafe changes in the level of oxygen in a patient’s bloodstream. Thirty-one million operations take place every year without pulse oximeters, and over 70,000 operating rooms worldwide have to make do without pulse oximeters to monitor their patients during surgery.

Forty-one percent of operating theaters in Latin America don’t have pulse oximeters, compared to the 49 percent in South Asia that go without and the 70 percent in sub-Saharan Africa that don’t have them. That gap in monitoring means that tens of thousands of lives are lost every year, since even a simple procedure without adequate monitoring could be fatal.

The Lifebox Foundation says that death rates can be cut in half by increasing surgical safety standards worldwide. The Lifebox oximeter is a low-cost device, available for $250. The oximeter ships with a CD of the Lifebox education package of tutorials, videos, and exercises meant for self-learning or for classroom teaching. The oximeter itself features a high resolution rotating display, visual alarms, and audible alarms. It runs on a rechargeable battery or on AA batteries for when electricity is not available to recharge the battery.

Routine care and maintenance of the oximeter are explained in the manual in all six WHO languages (Arabic, Chinese, English, French, Russian, and Spanish) because only only 36 percent of anesthetists in developing countries work in settings where there are individuals trained on how to repair equipment. The Lifebox Foundation advocates for sustainable changes in medical practice to raise the safety and quality standards of health care provided around the world.